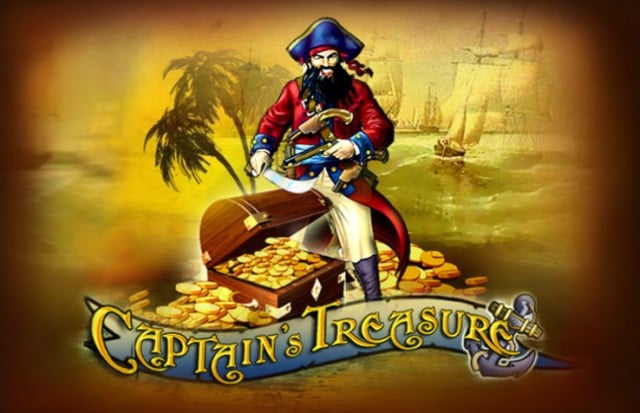 Captain’s Treasure is a video pokie featuring 5 reels and 9 paylines. Playtech sets sails for the open ocean to conquer other ships with this online game dedicated to pirates. Like many pirate themed games, the aim here is to discover a lost treasure. This pokie machine is relatively simple which sticks to basics. 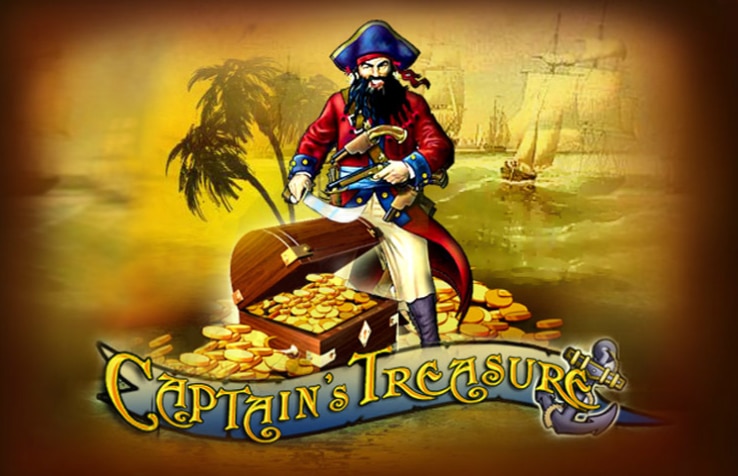 If in our years of pirate gaming has thought us anything, is that players often tend to overlook the number of pay lines present on the online pokie they select. In the name of Blackbeard, do not make this mistake… It could cost you the booty! If you want to master the seas of the pokie Captain’s Treasure, and navigate to the boats you want to pillage, you must first get to know the paylines. On Captain’s Treasure, you have a maximum of 9 of these. This is important because if you hope to win the jackpot of the game through the “Dollar Ball”, you must make sure to properly loot in order to have enough money to bet! So choose wisely, and always bet on all 9 paylines simultaneously. In this way, you will inevitably receive the best rewards, which you can reinvest in your quest for the treasure!

Loose Cannon is one more pirate themed pokie featured at pokie Palace. Produced by Microgaming, this game features 5 reels and 243 ways to win. Pokie fans who have a thing for criminals and general lawlessness should also take a look at Cops N Bandits, Demolition Squad by Net Ent.

Bonuses and Features of Captain’s Treasure

As stated earlier, Playtech kept things simple in this online pokie, and the design is of now exception. Players who are keen on  retro feel games with very little in terms of bells and whistle will be pleased. On the reels, the most important symbols include, a Ship’s Wheel, a Boat Anchor, a Treasure Map and a pair of Crossed Swords, the latter being the game’s highest paying symbol. Getting 5 Swords symbols across a active payline will trigger the pokie’s jackpot of 5,000 coins. The game’s Scatter is the Treasure Chest and the Wild is the The audio environment consists of a whistle at the beginning of every spin which ends with a metallic sound as each reel stops. A winning combination triggers coins being shaken.

A good pirate does not spend all his resources in the looting and sacking of a ship. You may be a pirate, this does not mean you should stop counting. If a treasure trove is what you’re hunting for, you should then keep your eyes on the jackpot. To access it, you must outwit the trappings of the game and activate the bonus, and by choosing 5 numbers. Let your luck decide the rest, and if it is with you, you’ll hit the absolute jackpot and become the richest pirate of the seas!

Our Thoughts on Captain’s Treasure

Pirate’s Treasure is one of Playtech more simple offerings… Nevertheless, it’s vintage quality will win over many players and its lucrative payouts will charm its fair share of fans.

What is the maximum jackpot of Captain’s Treasure?

Captain’s Treasure features a maximum base game jackpot of 5,000 coins.

What are the special features of Captain’s Treasure?

What is the payout % of Captain’s Treasure?

The payout % of the pokie Captain’s Treasure is 97%.

How many paylines and reels does Captain’s Treasure have?

At which casinos can I play Captain’s Treasure?