Iron Man is a superhero who was launched by American comic giant Marvel Comics in the early 60s. Iron Man is the story of a successful businessman who lives a double life; he’s Tony Stark in his non-superhero/normal life, and is Iron Man when he needs to save the day. The character and story were created by Stan Lee, Larry Lieber, Don Heck and Jack Kirby who all contributed in various ways to development of Iron Man in the 60s. In the story, Tony Stark is an American tycoon, playboy and ingenious inventor, who becomes seriously injured during a kidnapping. The hostage takers try to force Stark to come up with a weapon of mass destruction. Instead, Stark builds a special suit of armour with special powers to escape captivity, thus giving birth to Iron Man. 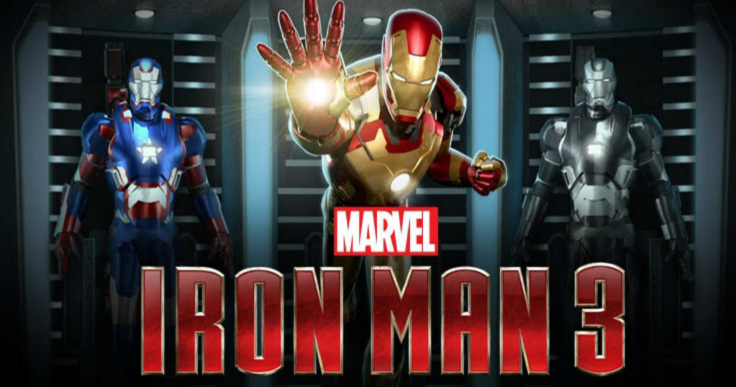 Marvel partnered with online gaming developer Playtech to create the pokie version of Iron Man 3, a 25-payline and 5-reel game. In Iron Man 3, your goal is to beat the strongest nemesis our hero has ever encountered. No one is safe, not even the president of the United States and the world’s safety rests on your shoulders.

We suggest that you play Iron man 3 pokie at SCasino; read our full review of SCasino here.

Tony Stark finds himself in a physically and emotionally very difficult place. Without your assistance, Stark will fail under all the pressure. He’s desperate for help and you’re the only one capable of saving the day.

If you have a thing for comic book pokies, why not give a try to Captain America.

When 3 or more Ironman scatter symbols land anywhere across the reels, you will be brought to a different screen, where you will enter the Hall of Armour. This room houses 3 different Ironman suits, which are associated with a different free spins feature.

Mark 42: This armour will grant you 10 free spins combined with freezing wild symbols. This means that any wild function will be frozen during the next 3 spins.

War Machine: This armour will give you 8 free spins with featuring wild cards; during each spin 3 random cards will change into a wild card.

Iron Patriot: This armour features 15 free spins twinned with a dynamic multiplier; you will begin the free spins bonus game with a multiplier which will increase by one each time you an iron patriot symbol lands on reel 1 and 2; a spin without with these symbols will decrease the multiplier by one.

During all free spins bonus games in Iron Man 3, you will be awarded 3 extra spins when getting the respective suite on reel 3.

Try Iron Man 3, a Marvel and Playtech collaboration, at SCasino for free.

What special features does Iron Man 3 have?

Iron Man 3 offers a choice among 3 free spins game when you get 3 or more Ironman scatter symbols anywhere on the reels.

What is the maximum jackpot of Iron Man 3?

Iron Man 3 has a progressive jackpot.

At what casino can I play this game?

Iron Man 3 was created by Playtech in partnership with Marvel, and is available to play at SCasino.