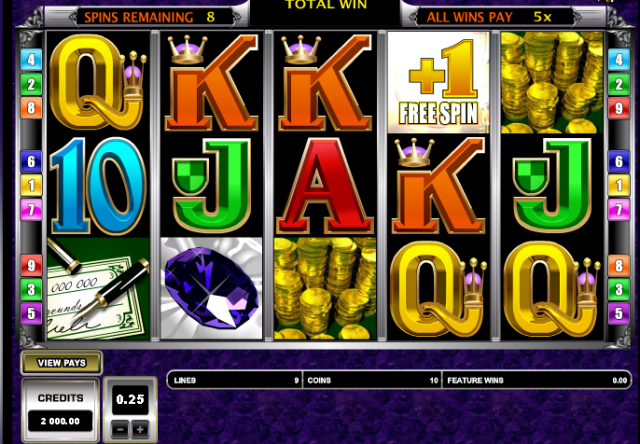 We love weird and wonderful pokies here at Pokies Palace and this new release from Microgaming has us drawn in immediately. The Twisted Circus video pokie is about as strange as games come. It pridwa itself on whimsical imagery and music that puts the chills down your neck. Only Microgaming could pull off such a crazy theme and yet, still ensure high quality and great prizes.

The design is full of whacky looking imagery, especially the array of Circus acts the developers have decided to include within the reels: from Monkey musicians to snake charmers, they are all here in The Twisted Circus. The pokie is part of Microgaming coveted 243 ways to win range. This is a very popular structure nowadays that allows players to win in more ways than traditional ‘payline’ pokies. If you like games such as Avalon 2 or Thunderstruck then we think you’ll love this new pokie game.

All winning lines are greeted with smart looking animations that brings the whole game to life, as is each aspect of the sizable bonus features on offer. The wagering range of the game ranges between 0.01 and 120 since players can wager from 0.01 credits up to 0.30 on each way and the game has 243 ways to win. Since the game is themed around a Circus here are the following ‘acts’ that players are likely to see when spinning in the base game; ire-eaters, Hercules, Ringmaster and the Bearded Lady among others. The Twisted Circus boasts a stated top prize of a gigantic 550,000 coins!!!

The game actually has 2 wilds, both of which are present during the base game. These come in the form of the games Logo and flamboyant Flaming wilds. Both of these symbols can substitute for any other symbol. As for the scatter symbol, it is the scatter ticket symbol. Speaking of which this ultra-lucrative scatter pays out whenever present on the reels, however 3 more will trigger the highly anticipated free spins round.

The Ringmaster symbol is the key to triggering the main feature bonus round – The Circus Match Bonus. When hit on the 3rd, 4th and 5th reel, players will enter the Circus Match Bonus. Once initiated, players are taken to a secondary screen where they will try to match three characters from 16 spaces in an attempt to win a host of instant cash prizes.

Strange theme but a huge top prizes on offer in The Twisted Circus. Microgaming has gone to all lengths to make this game as thrilling as possible and the results speak for themselves. You can play The Twisted Circus at Spin Palace.

What are the special features of The Twisted Circus?

What is the largest jackpot at The Twisted Circus?

The biggest jackpot in this game is 3,000 coins won when landing 5 scatter symbols.

What is the return to player % of The Twisted Circus?

How many reels and paylines does The Twisted Circus have?

Where can we play The Twisted Circus?

This game is a Microgaming pokie available at Spin Palace.